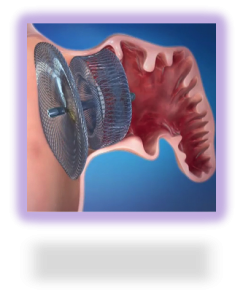 The procedure, which lasted 2 hours, was performed at Interbalkan European Medical Center, Thessaloniki. There were no complications and the patient was discharged the following day.

Atrial fibrillation is one of the most common cardiac arrhythmias, especially in the elderly. It should be noted that, for the moment, the standard treatment for stroke prevention in patients with atrial fibrillation is anticoagulants. Percutaneous left atrial appendage occlusion is performed only when the patient cannot receive anticoagulants (i.e. due to hemorrhage, risk of falling, blood disorders etc.) or when these drugs are not fully effective.